Sitting at the historic crossroads of Europe and Asia, and overlooked by mighty Caucasus Mountains, the country of Georgia is situated in the Southern Caucasus region of Eastern Europe where it shares borders with Russia, Armenia, Azerbaijan and Turkey.

The terrain of Georgia is largely mountainous with a wide variety of landscapes, ranging from the subtropical Black Sea shores to the ice and snow of the crest line of the Caucasus Mountains, from an area of semi-desert with arid, yellow meadows with numerous cave-cities to the fertile plains of Eastern Georgia where local people have been growing native grape varieties for over 8,000 years.

Archaeological excavations show that the territory of present-day Georgia was densely inhabited by proto-humans around 1.85 million years ago (which also marks the earliest human habitation in Europe).Palaeolithic sites along the Black Sea coast prove the presence of an indigenous people sometime between 100,000-50,000 BC. At that time the streams of Western Georgia contained small amounts of gold and gold-specked stone which had been eroded from the rocks of the mountains higher upstream and local people immersed sheepskins in the streams to trap gold sand creating a fleece rich in gold. This fascinating story of one of the world’s first gold mining method is reflected in famous Greek legend about the Golden Fleece and Argonauts voyage in the West Georgian state of gold-rich Colchis.

Apart from gold, grape-growing and wine-making played a crucial role in ancient Georgian society. Seeds of the world’s oldest cultivated grape varieties from about 8000 years ago and old ceramic clay jars (called kvevri) that have been unearthed here attest to this.

Due to its favorable geographic  location between the Black and Caspian Seas, Georgia soon became an integral part of the Great Silk Road along which journeyed lots of travellers and traders on their way between China and Europe.

Christianity started to spread into Georgia from the 1st century AD and was declared the state religion in 326AD.Two centuries later the Georgian royal throne was moved to Tbilisi, a new capital of the country from the 5th century AD to the present day.

After the occupation of the land by the Arabs, from the 7thto the 10th century ,Georgian kings fought for the unification and consolidation of all the Georgian lands into one state which brought about a political, economic and cultural revival, known as the Georgian Renaissance.  During this time the borders of Georgian Kingdom expanded from the Black Sea to the Caspian Sea when the country  reached the apex of its political and military might.

However, Georgian Renaissance did not last long.  The Mongols, who repeatedly swept down from the steppes of Central Asia, undertook incursions into Georgian lands causing both the fragmentation of the kingdom and its gradual decline due to the heavy burden of taxation levied upon it.

The economic and political decline of Georgia as a result of these constant Mongol invasions led to the emergence of several independent Georgian kingdoms which fought amongst themselves as well as fighting off repeated invasions from the Ottoman and Persian Empires.

Following the Revolutions in February and October 1917 in Russia, the National Council of Georgia declared Georgian independence in 1918.  Georgian statehood which had been lost 117 years earlier was restored. But sadly after only three years, the Russian Bolshevik Red Army, having occupied the neighbouring states of Armenia and Azerbaijan, also invaded Georgia in 1921 and declared the Soviet Republic of Georgia which lasted until the collapse of the Soviet Union in 1991.

Restoration and economic development of Georgia after the severe civil war and regional conflicts started after the 2003 Rose Revolution. 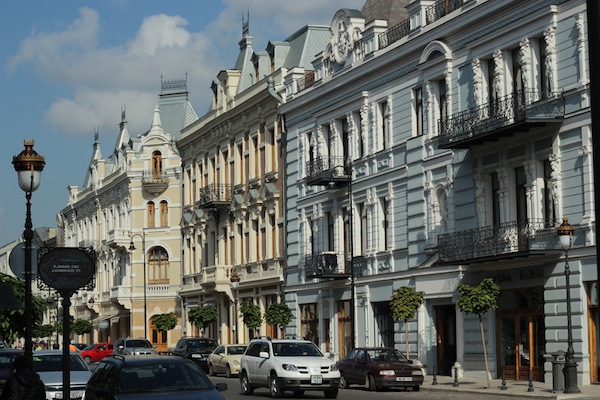 In August 2008, the Russian Federation carried out large-scale military aggression against Georgia occupying 20 percent of its territory.

Georgia has been an associate member of the European Union since 2014.